Sewing beautiful, complicated things can be very rewarding. In fact, I sometimes wonder if it would be better to slow down and pay more attention to each project (good in theory, but I have so many ideas...). But it's not always the right thing to do.
There are times when a quick project is just the right thing to do. Going from yardage to wearing it out in just a couple of hours has its own charm. Especially if you pick an eye-catching colour so your simple thing can't go unnoticed.
And of course, it's even better if the simple thing fills a kind of gap in your wardrobe.
And, as an added bonus, these quick makes often develop into hardworking wardrobe staples, because they were not made from particularly precious fabric nor took much time and effort to make, you're not afraid to wear them anywhere... 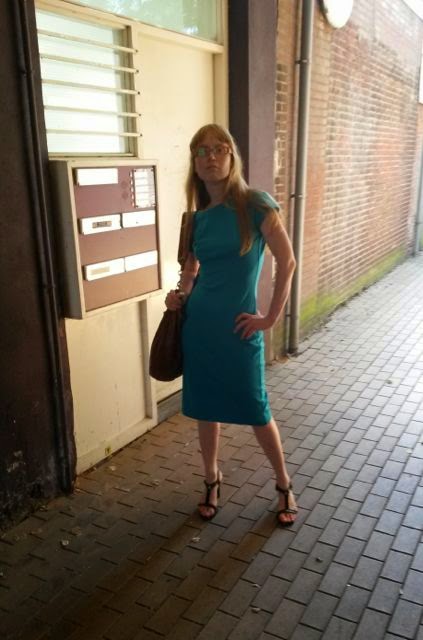 So, I made a very simple new jersey dress. I often tend to overlook jersey dresses a bit as not being 'proper garments' compared to the more labour-intensive woven ones, but they are really comfortable. And they can look quite nice. An the old ones were getting quite old... 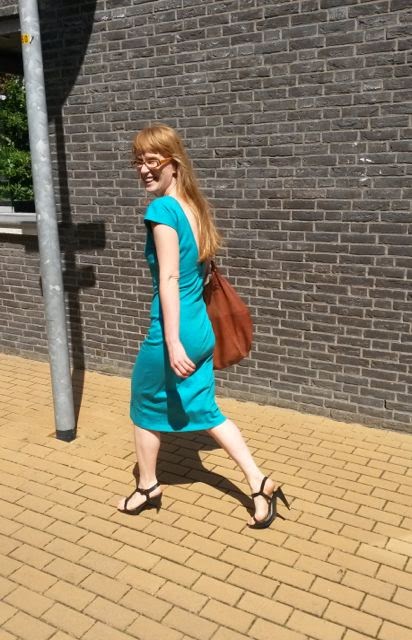 I bought this nice, fairly beefy, turquoise cotton double knit earlier this year and decided to turn it into a dress and a top. I had only just enough to cut out the top (I guess I should have tried it out before cutting out the dress but because this was round knit fabric, that was getting a bit difficult). And in this post, I only have pictures of the dress, which E took with his phone when we were walking into the town center today (all the pictures were taken in the enclosed yard behind our apartment) 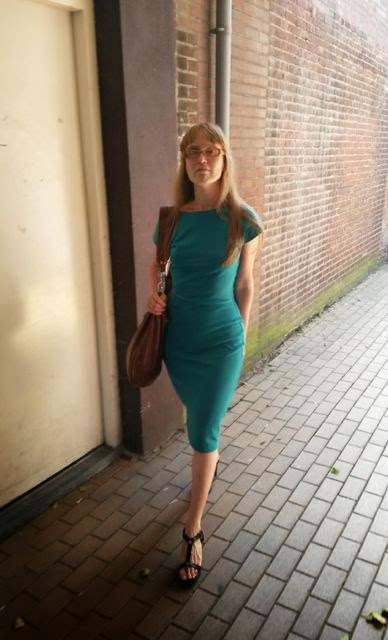 It's a plain fitted dress with cut-on cap sleeves and a deep V at the back. I bound the neckline with a band, the other edges were just serged and hemmed by hand (which took more time than constructing the dress itself, but I can be weird like that...)
I cut the skirt a little bit wider than I've done in the past in the hope that it would reduce the dress's tendency to creep up and that seems to work. 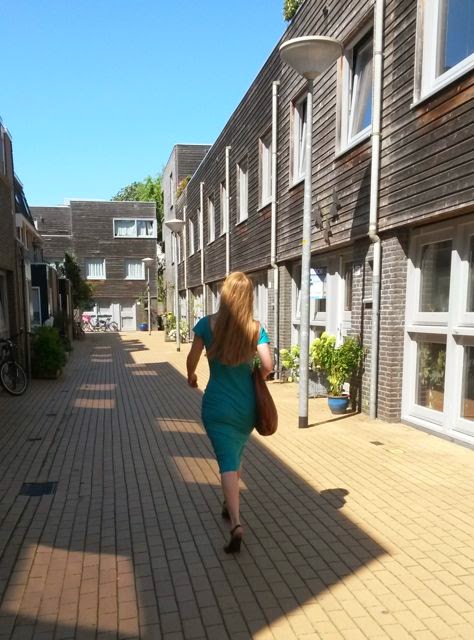 It's by no means an impressive display of sewing skill, but I think I will enjoy this dress for some time to come.