Did last night's episode of The Great British Sewing Bee spook you?
For those of you who haven't seen it yet: I hope it's not to much of a spoiler if I tell you the 'theme' was print matching.
As any sewer knows, matching prints can be quite a challenge and, predictably, some contestants really struggled. For those and for anyone who feels intimidated by matching prints, I'd like to present this picture as a bit of encouragement: 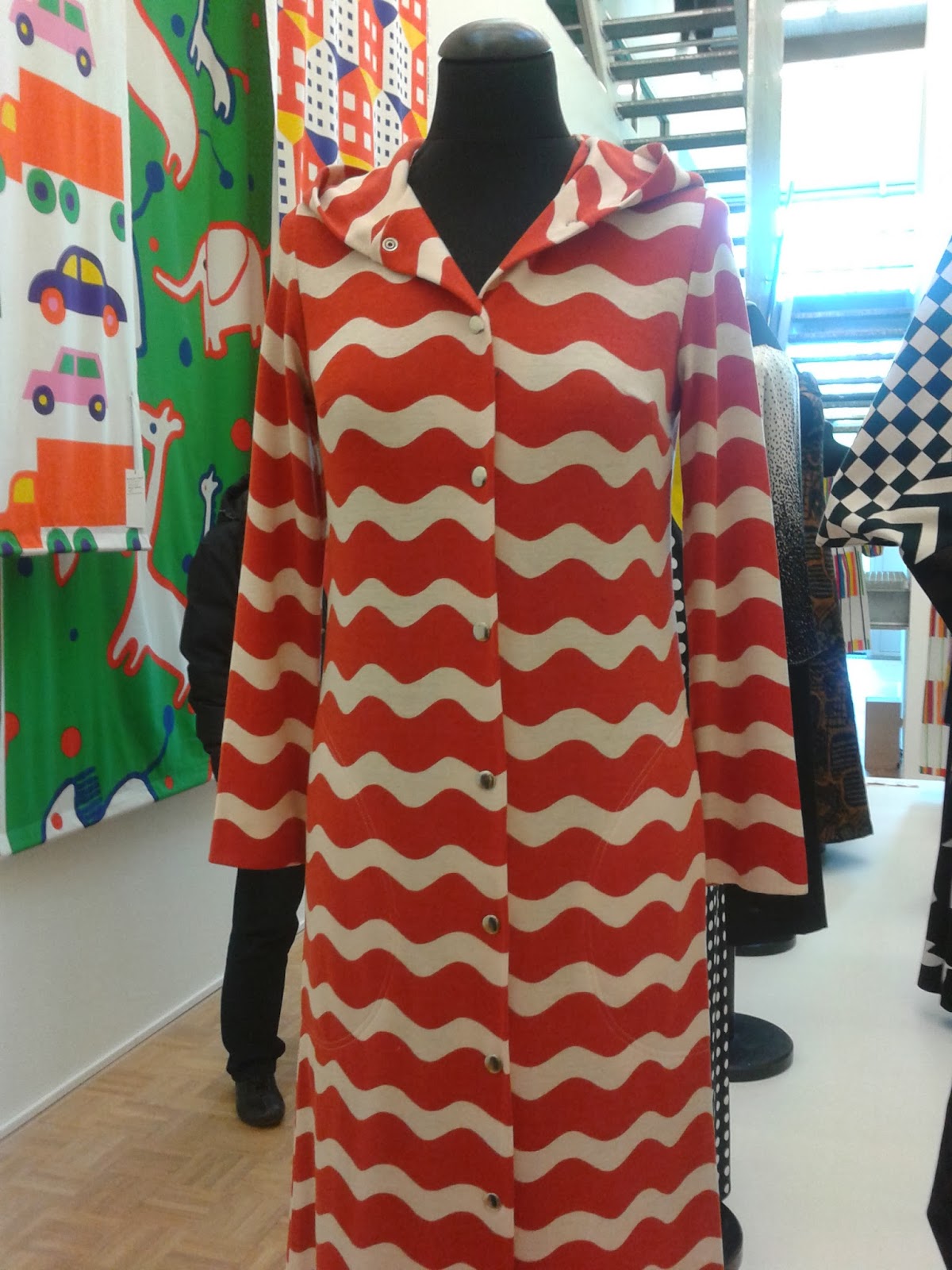 I saw this dress in a museum today. It was in the exhibit about the iconic Swedish brand Marimekko (mostly known for their prints) which is held at the Kunsthal in Rotterdam (a museum which is basically an empty box which is filled with five different exhibitions. Subjects range from contemporary art and design to ancient history and anything in between).

(Oops, what a silly mistake. Of course Marimekko is Finnish, not Swedish. I knew that and it was pretty clearly stated in the information at the exhibition. I guess this should teach me not to write blog posts when I'm tired…)

The Marimekko exhibit was fairly small and consisted of printed fabric and garments. Some of those, especially those made from thickish woven cotton, looked quite well made and were great examples fashion from their era (mostly the 1960's and 70's).

This dress was one of the few made from jersey. The print is so far off along the front closure that I stopped to check whether or not it was intentional, a design element. However, I convinced that it isn't. This garment is just plain badly made. Not just has there not been any attempt at print matching, least one of the front halves isn't even cut on grain…

Don't get me wrong, I'm not writing this to be negative about Marimekko or about the display at the museum. I just think it's a nice reminder that even internationally renowned brands don't always get it right. 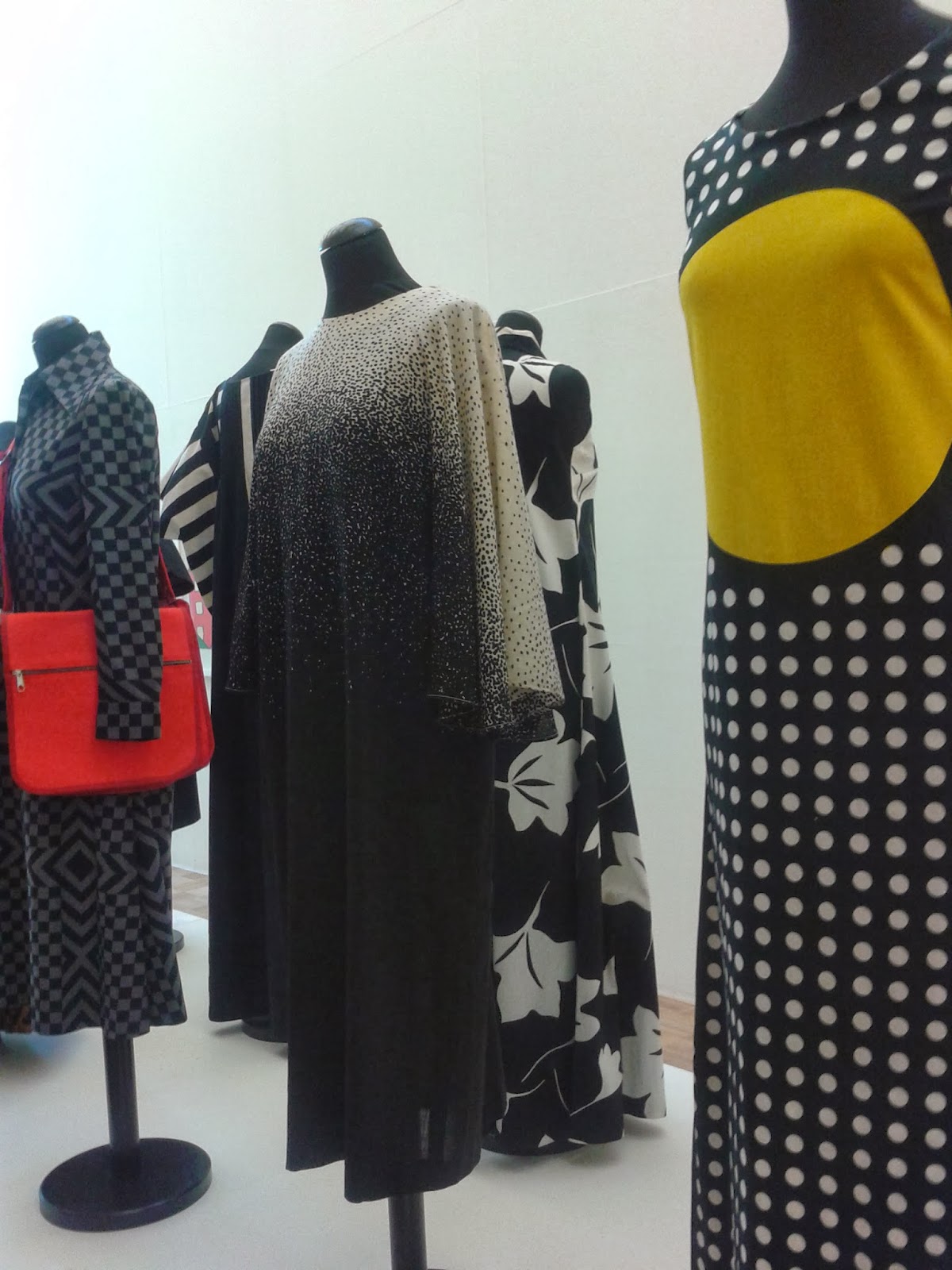 In fact, most of the garments on show used the prints in rather fabulous ways. 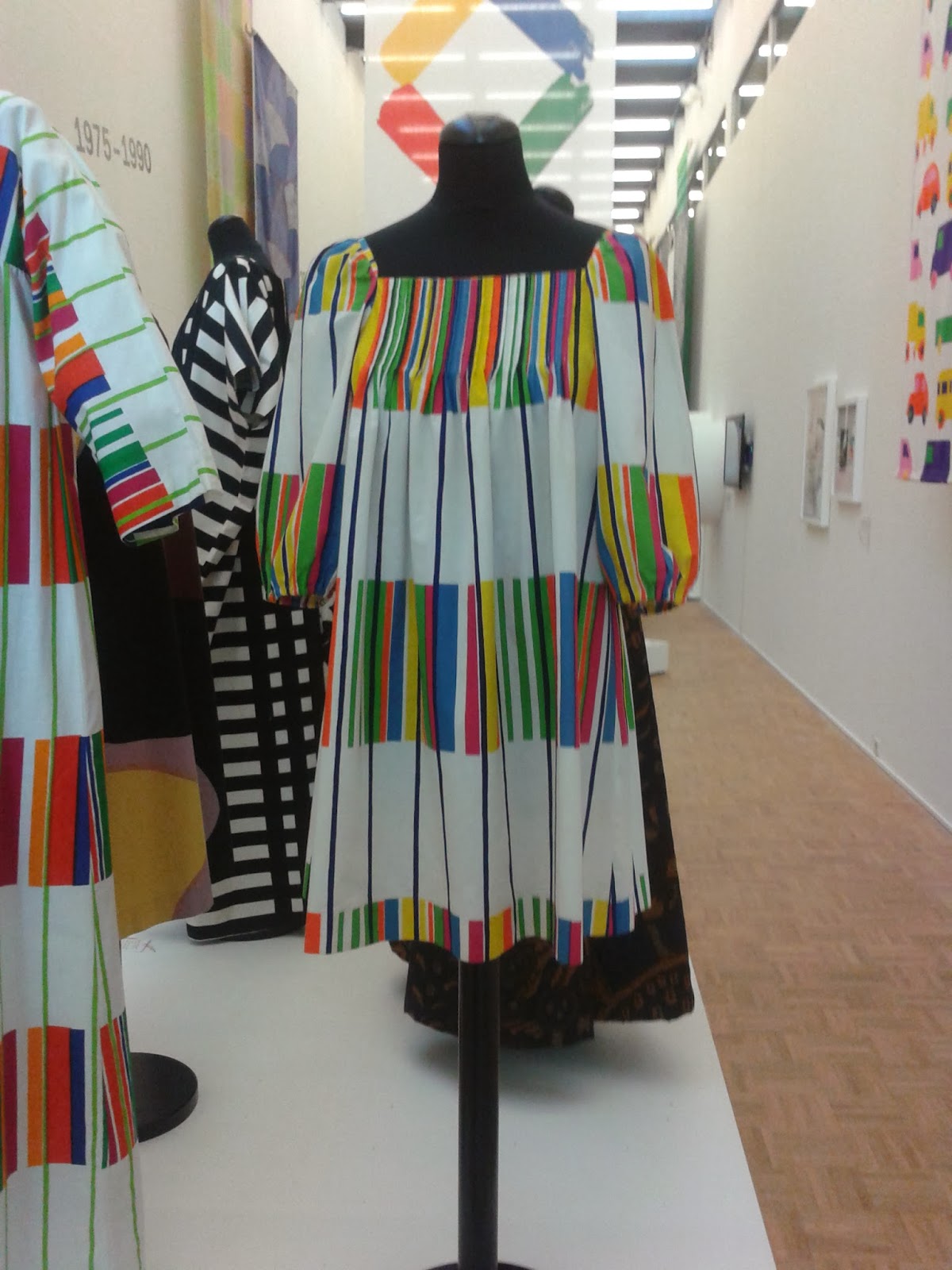 Like this dress: he top part is pintucked which works very well with the stripes.

And if you like fashion, you'll probably also like one of the bigger exhibitions which is held at the Kunsthal right now: S.H.O.E.S. 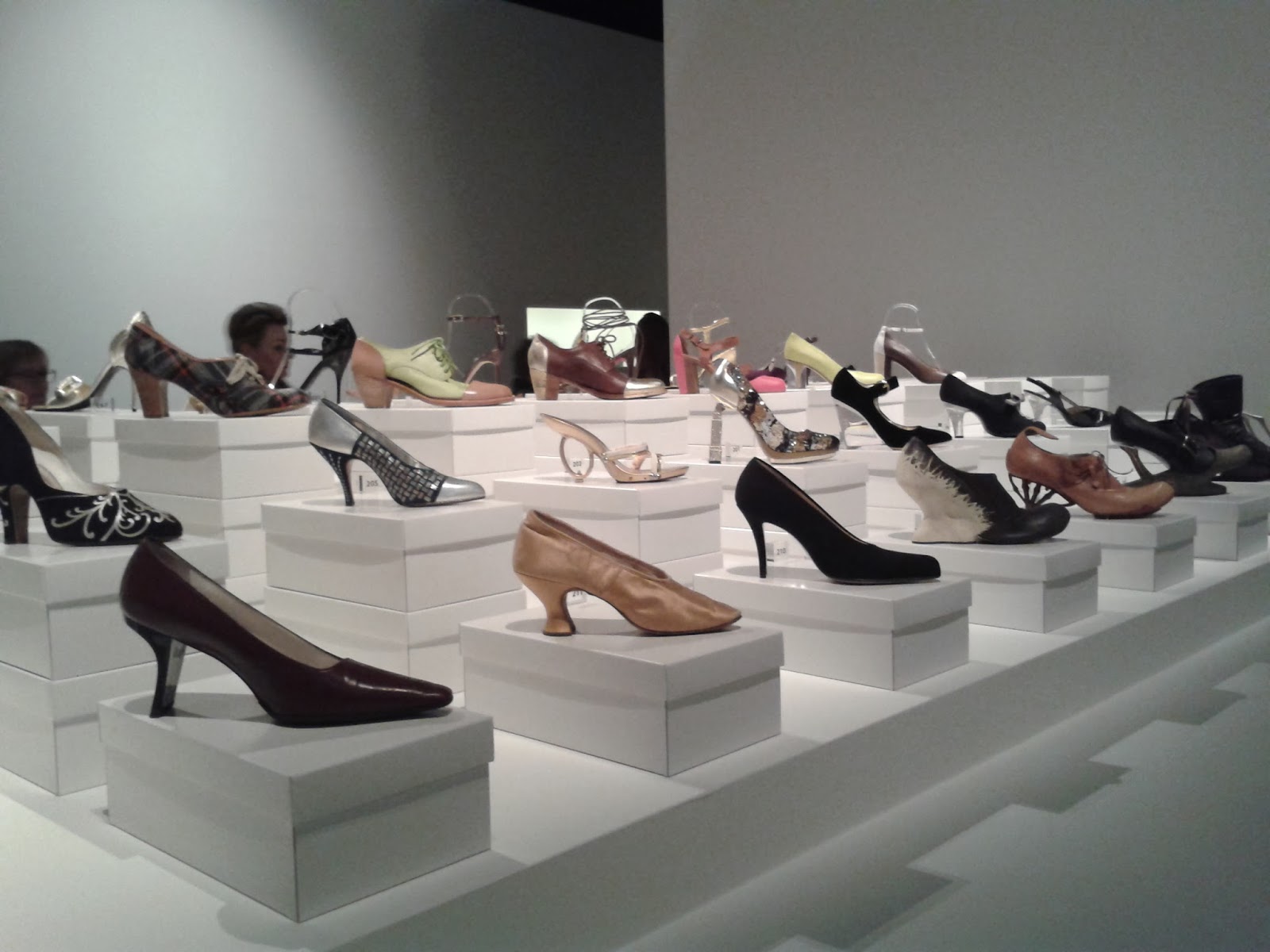 It's all about ladies' footwear from about 1900 until today…
Posted by Lauriana at 10:19 PM