First of all, thank you all so much for your kind comments on my previous post. Those mean a lot to me.
For now, I'm working on to finish those final weeks and after that, I have a holiday planned. After that week away, I hope to be ready for a fresh start.
I'll let you know when there is news.

For now, I thought I'd return to regular posting. I've done some sewing but I don't have any pictures yet.
Instead, I thought I'd share a new vintage find of mine which I'm quite excited about: 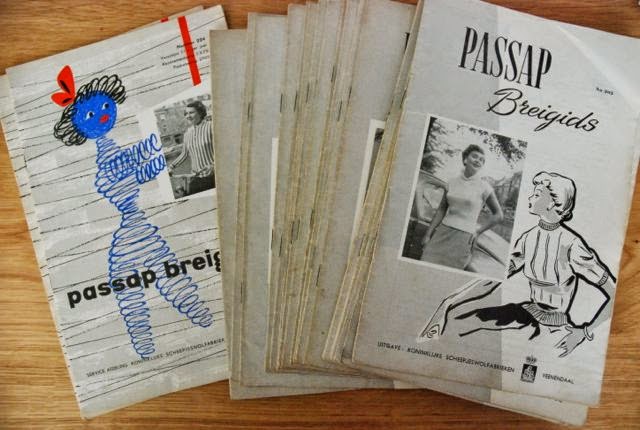 These little knitting magazines. When I found them on Marktplaats (the Dutch Ebay offshoot), I recognized the name "Passap". That's a brand of knitting machines. So, I emailed the seller to ask if that was what those magazines were for and she wrote back that they were. Obviously, I then bought them straight away. 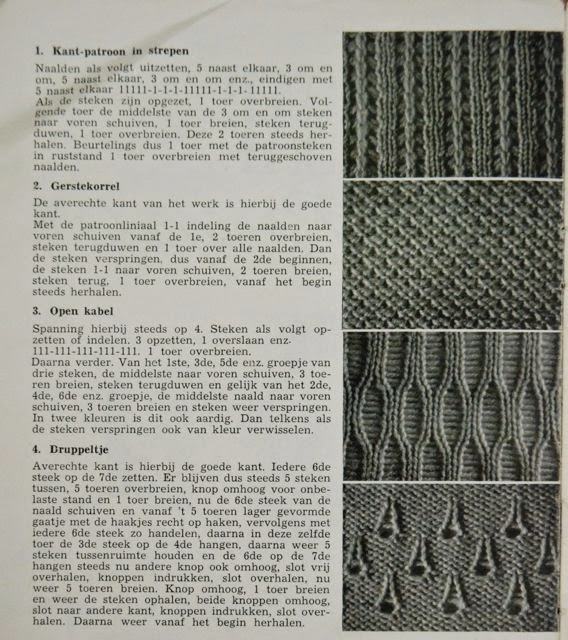 They are small, thin booklets which were published jointly by Passap and yarn manufacturer "Scheepjeswol". They were real magazines though, 11 were published each year and you could subscribe to them. The text suggests a clear attempt to create a community of Passap knitters through these (which is really interesting because that's exactly what crafting websites, whether or not they are connected to brands, are doing today). There is regular mention of meetings and contests and many magazines contain a feature on how to make special stitches, many of which are suggested by readers.
The ones I bought are from 1955 to 1960.

At first, I was a bit disappointed about the selection of patterns. The members of the Passap knitting community were certainly knitting for the whole family. 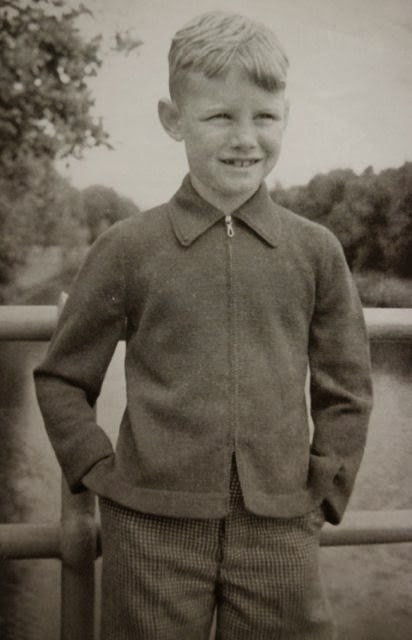 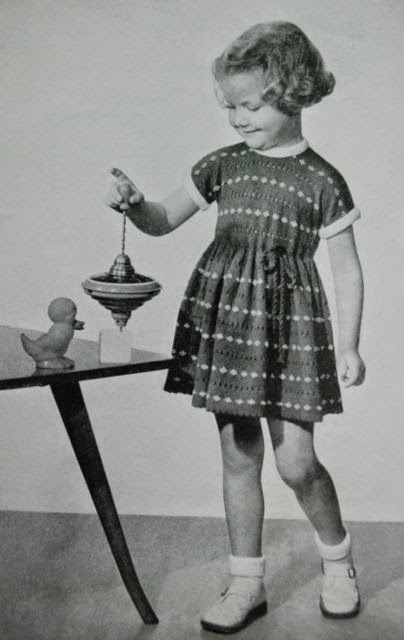 There are lots of children's patterns. 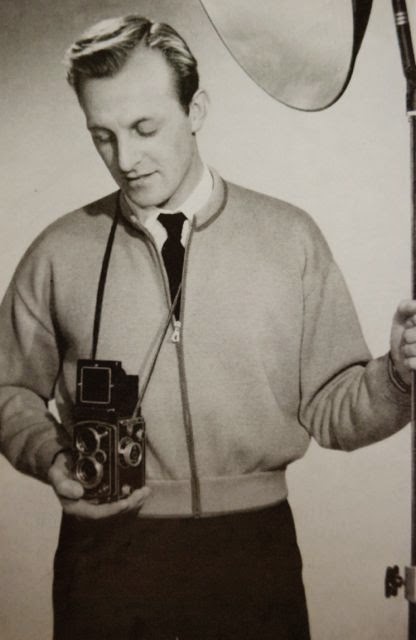 And the men are not forgotten either. In fact, there are, on average, only one or two ladies' patterns per magazine. 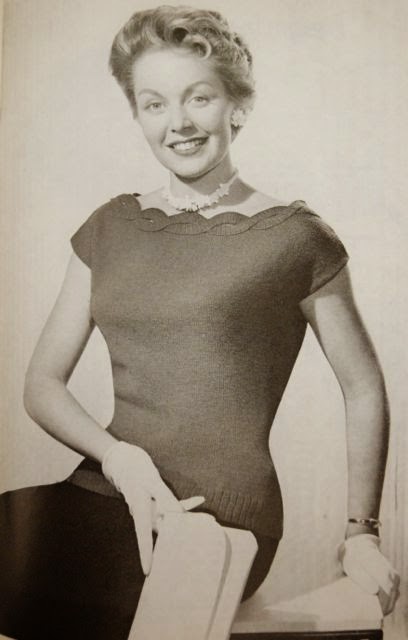 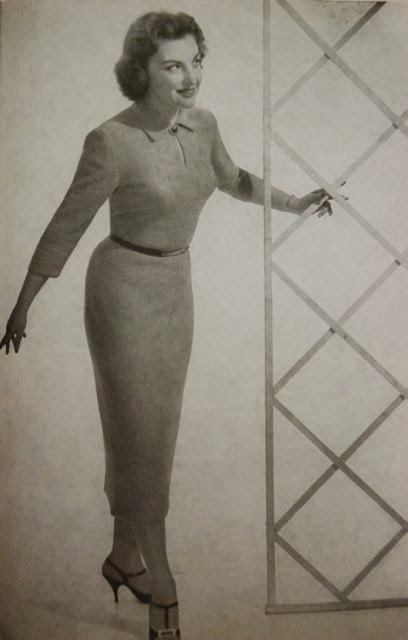 However, I've got over 50 magazines and (after the mysterious breast growth of 12/13) I now fit into normal Dutch 1950's and 60's ladies' sizes.
And there is some great stuff in there. Oh, and how great is it that they use photographs to show each and every design?

Of course, my knitting machine is a "Brother" not a "Passap". From what I've seen in vintage machines, it looks like the Passap had some special features which make it work differently from other brands and of course you need a double bed/ribber for many patterns. However, I think I'm 'experienced' enough to recognize those issues (and there are some 'single bed' patterns) and work around them.
It will be nice to work with patterns designed for the knitting machine. Of course you can use normal patterns, but it can take quite a bit of 'translating'. Some things which are easy when knitting by hand, are difficult on a machine and vice versa. Whatever the differences between the brands, these patterns were made with the logic of machine knitting in mind. 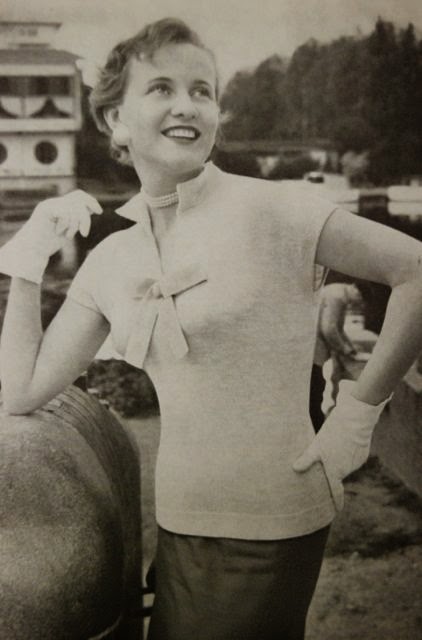 I think it will be best to start fairly simple. I've picked this lovely top. It doesn't have ribbed edges so it can all be knitted on my machine and I should be able to wear it straight away (except on really warm days of course). I may leave the bow off though.
Posted by Lauriana at 10:11 PM