I usually like styles from 1947 to about 1960 and I have warmed to the 1930's when researching for my green dress last winter. So, I'll have to brush up on the other decades. 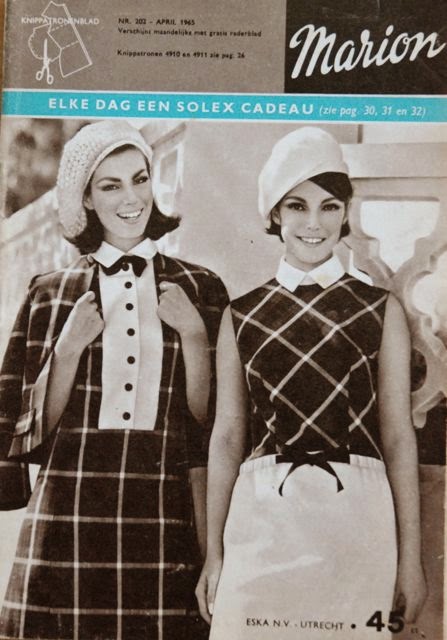 Today, I'll start looking at the 1960's. These images come from the March issue of Marion magazine from 1963. 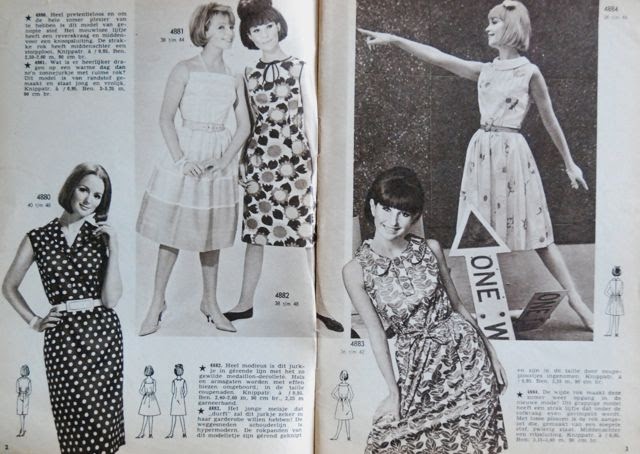 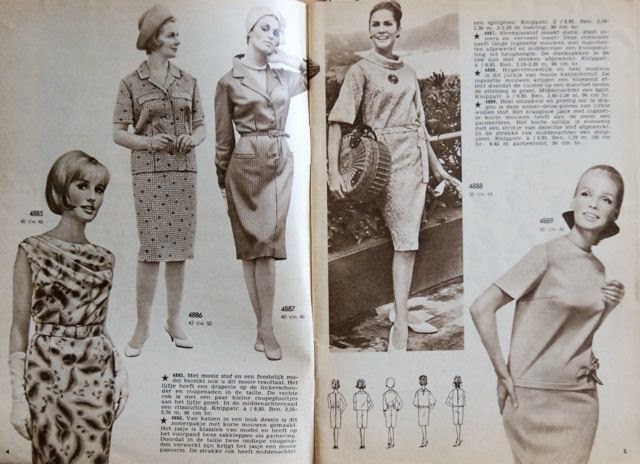 This is still pretty much an early 1960's look: more relaxed and using less fabric than 1950's looks but no mini trapeze dresses yet. 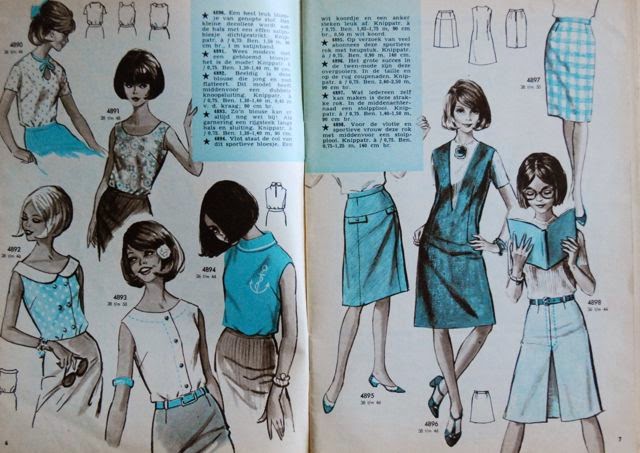 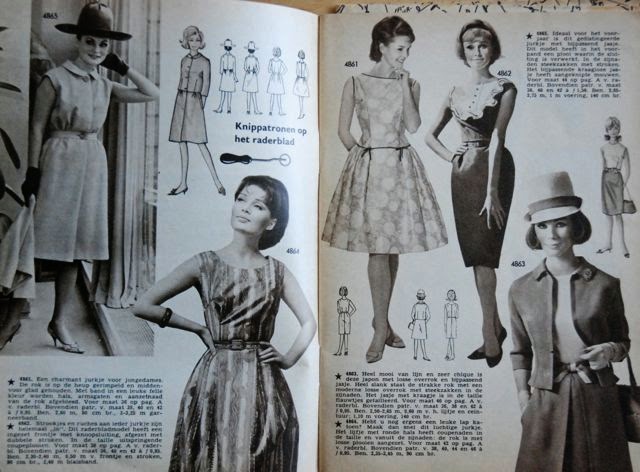 Although it's tempting to go for the iconic style of each decade, these looks might be more wearable for me than the quintessential 1960's styles. 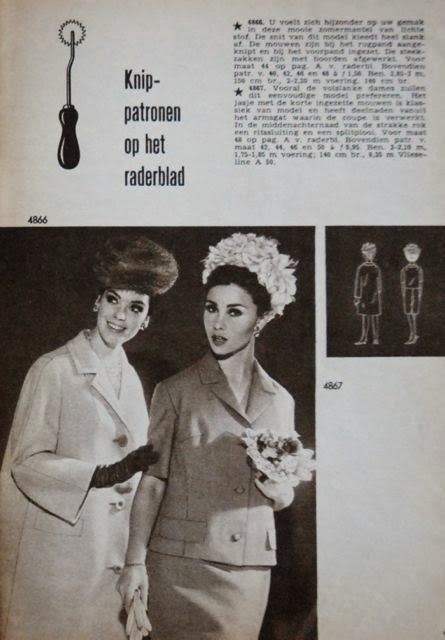 As ever in the vintage Marions, only the designs on the pages with a picture of a tracing wheel on it, come with patterns. Readers could order the other patterns for a small fee. But somehow, I don't think they take back orders... 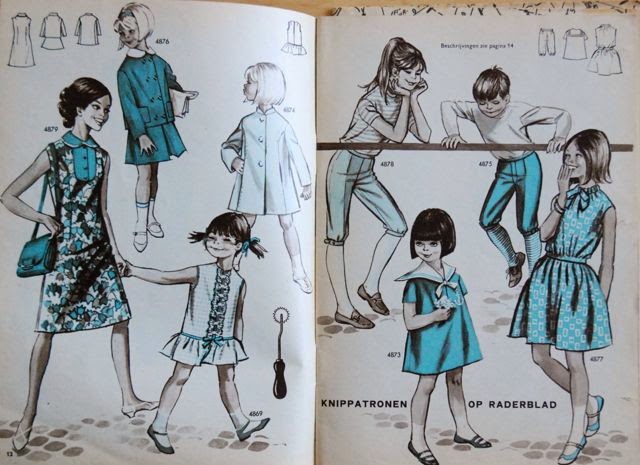 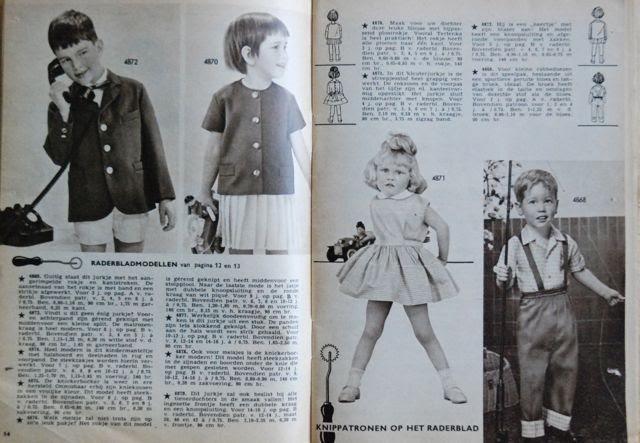 And of course, there are children's patterns too. I don't always include those but I thought it might be fun because some readers may remember wearing things like this (mum, are you reading this? I know you do sometimes ;) 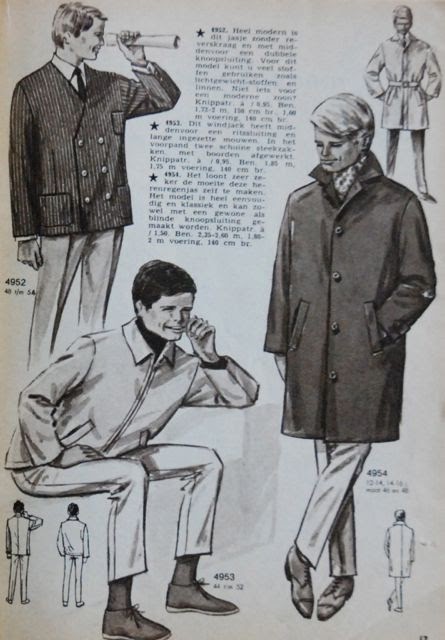 Unusually, there are also a few patterns for teenage boys. And not just shirts either. Patterns not included, unfortunately. 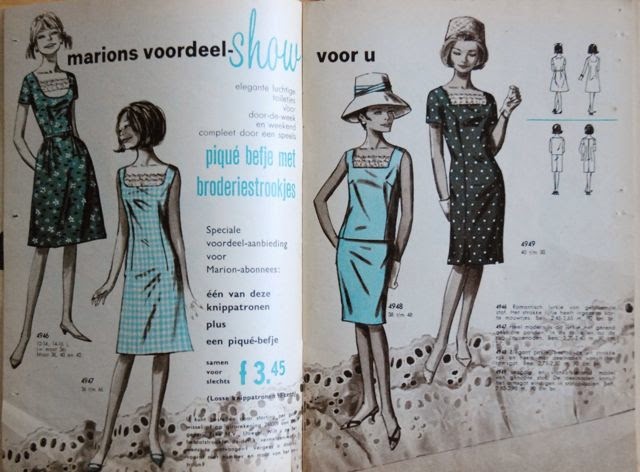 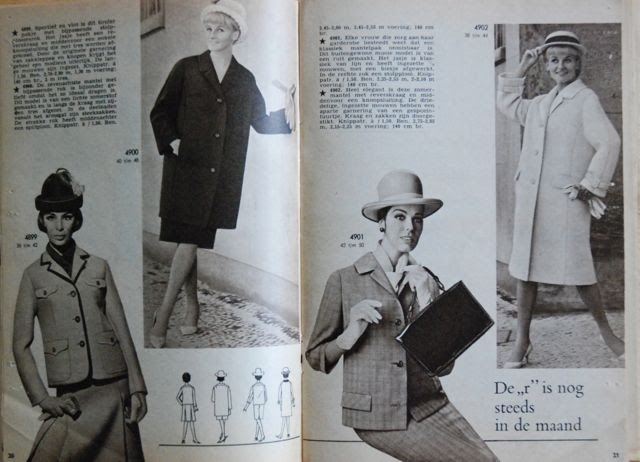 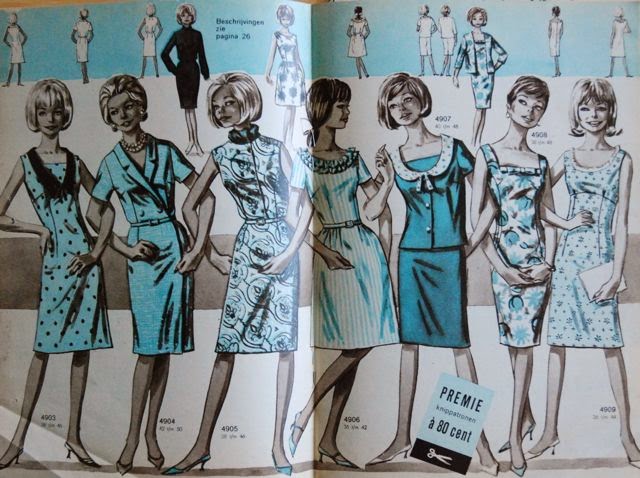 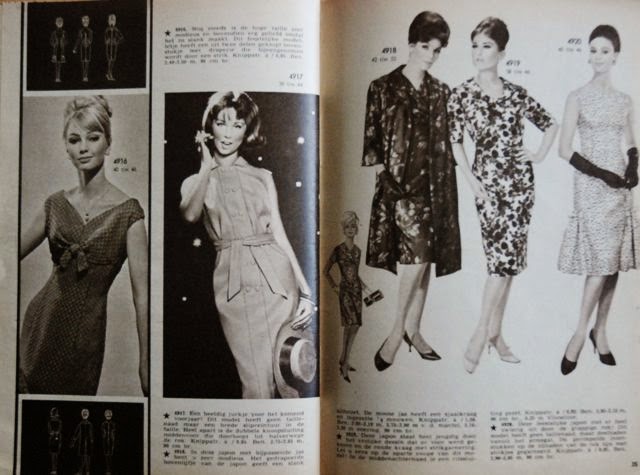 It's even more unfortunate for me that the party dresses are not included in the pattern sheet. I love the one on the left. 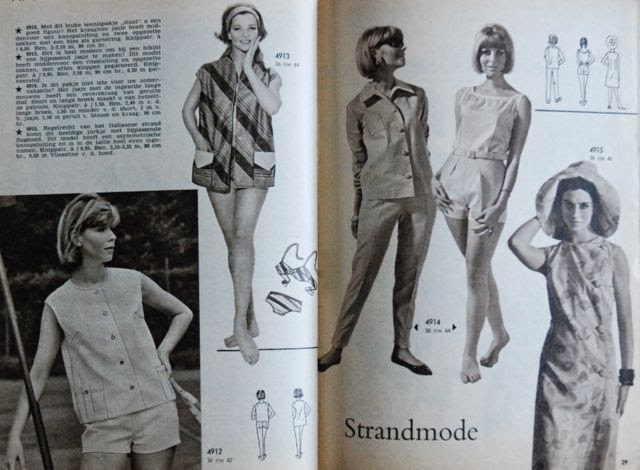 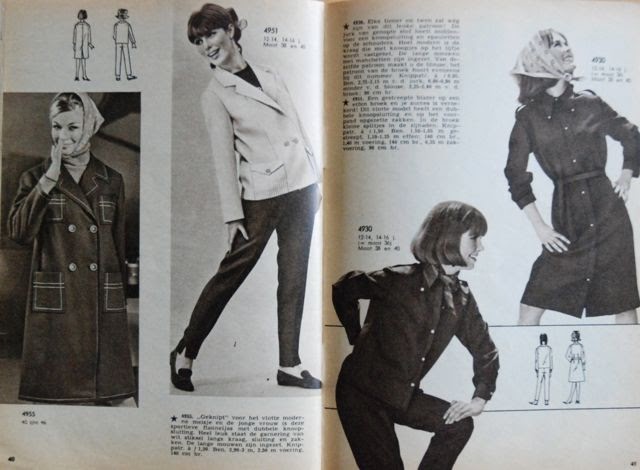 So far, I see things I kind of like, but jumps out to me. However, there are more 1960's Marions to look at and I'm pretty sure I have a 1960's booklet by Lutterloh (which would be even better: yet another pattern enlarging system)