No prizes if you can guess what I'm working on... 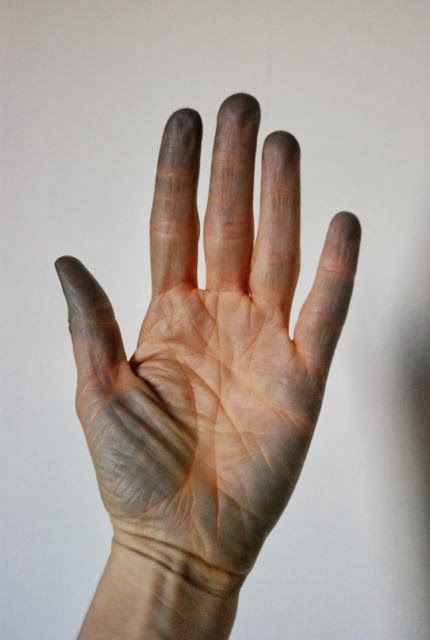 That right! Jeans. Proper blue jeans even.
Most of my jeans-like trousers are in black or grey versions of the material but now I'm working with the real thing.
I'm working on a pair of trousers which I've been considering for exactly a year. How do I know that? 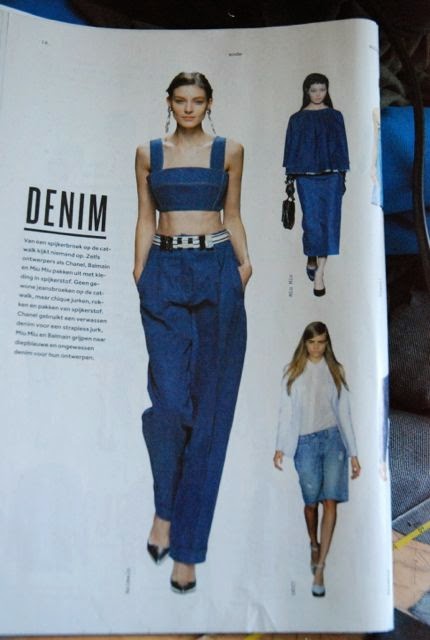 Well, I loved the trousers in this picture, which opened the spread about denim in the spring 2013 fashion special of Volkskrant magazine (the magazine which comes with the paper on Saturdays). I thought about making a knock-off version of my own (in fact, I'm pretty sure I showed this picture here on the blog before), but nothing came of it.
And last weekend, the Volkskrant published its spring 2014 fashion special.

It's not such an unusual cut: Basically just pleated trousers fitted to the natural waist. It's unusual to see them in denim though. Which, in my opinion, is what makes them fun.

I drafted the pattern using my 'relaxed fit' trouser block (which has a slightly lowered crotch and some more ease in the hip area) and took care to include the non-standard features of this design: two narrow pleats facing away from each other (rather than both towards the side seam) on each leg and vertical welt pockets at the front.
In the picture, the belt covers up the waistline treatment but I decided to go with a facing rather than a waistband. I liked that feature in latest pair of jeans and to be honest, I often find shaped waistband a bit tedious. So many pieces...

By now, I've finished the most fussy bits: 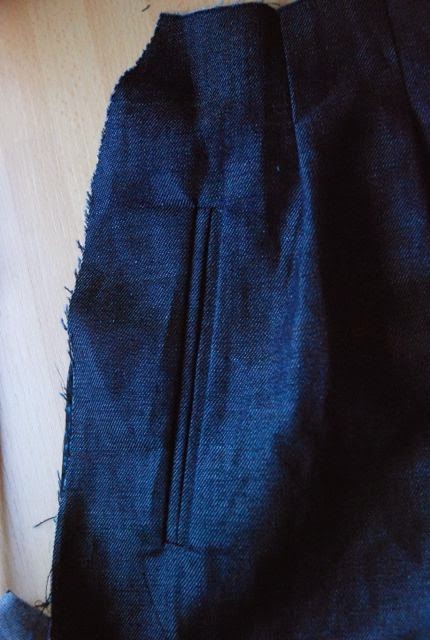 Those vertical welts at the front, 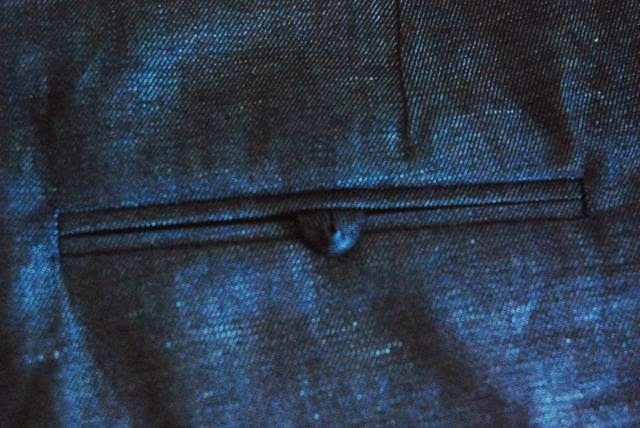 the horizontal ones at the back, with their button loops and the pockets on the inside. 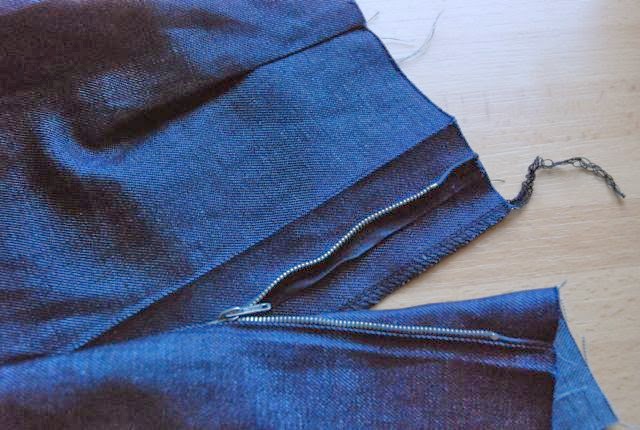 And I've finished the fly as far as possible. With a facing instead of a waistband, stitching down the fly has just become one of the last steps in construction.

Now, all I have to do is make it into an actual garment ;)
Posted by Lauriana at 5:42 PM