It's no coincidence that I showed you the lovely fashions of the 1910's in the previous post. 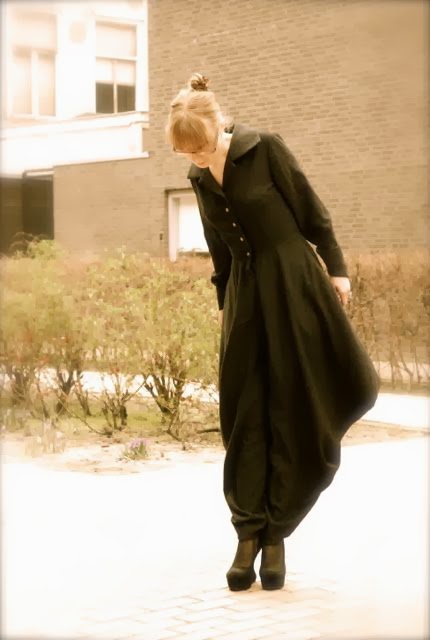 The garment I've just finished is kind of inspired by some of them. By those hobble skirts which have plenty of room in loose folds higher up in the skirt and then taper down to a very narrow hem.
The 1910's inspiration is just 'kind of' because I've been thinking about it before and at that time, inspiration came from a tv series, Parade's End. I've discussed that particular set of considerations when I posted about my plans last summer. And I already made a summer jumpsuit based on those plans.
I love that one, but I still felt like re-visiting the idea and maybe sticking a bit closer to the source this time. 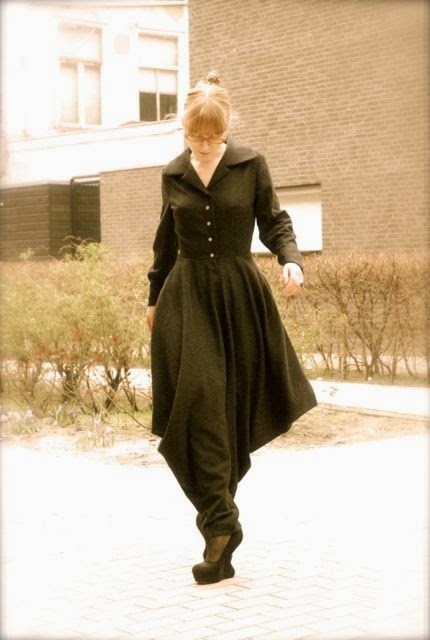 A couple of months ago, I stumbled across an ideal fabric. Loosely woven tweed-ish stuff (unfortunately a 'mystery fibre' kind of deal, but it was quite cheap…).
And just over a week ago, with spring weather on the way, I decided to just go for it. 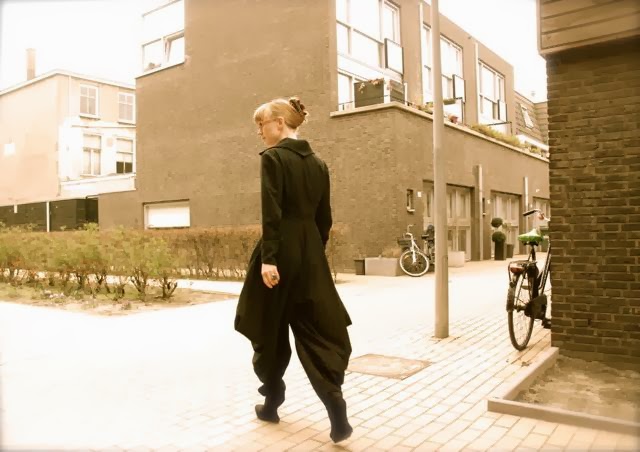 It is a peculiar blend of styles. If you can clearly see the two legs, it can, from some angles, look kind of 1980's but if you can't, it resembles a 1910's hobble skirt. And of course, I used a bodice which I might also use for a 1950's style dress, so there's no attempt at authenticity there.
That said, I always wear my 50's dresses belted but somehow prefer this thing without a belt. 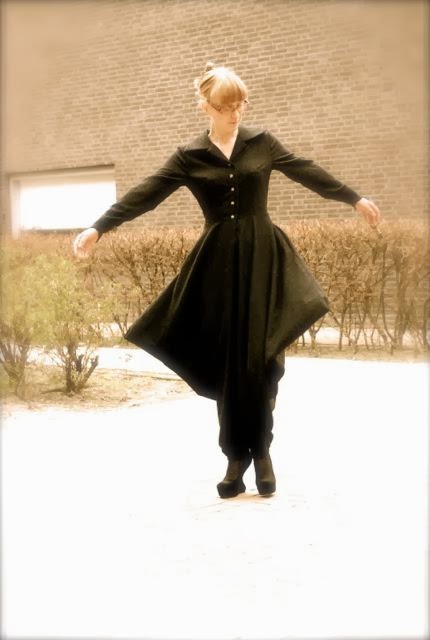 And how often do you see trousers which are good for twirling? 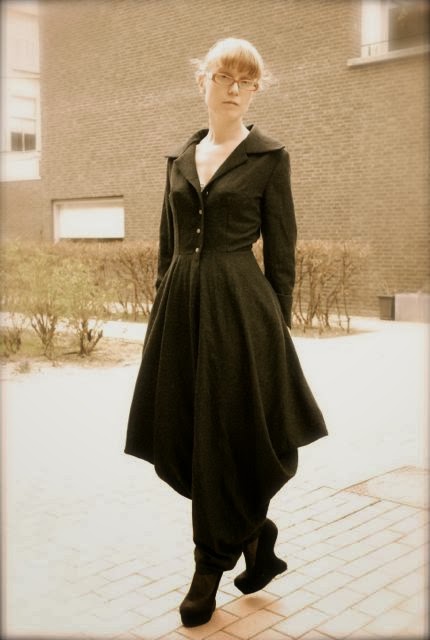 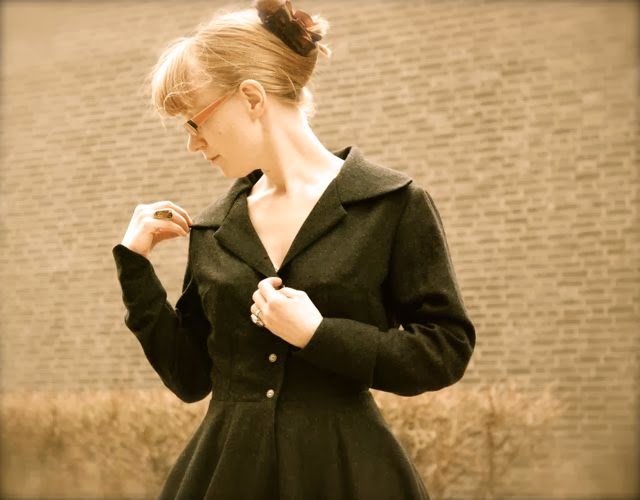 I think I could also play around with putting a camisole underneath and keeping some buttons open (in these pictures, the top button is open). I like how it changes the shape of the collar. As an alternative look.

The jumpsuit has pockets in the trouser side seams. 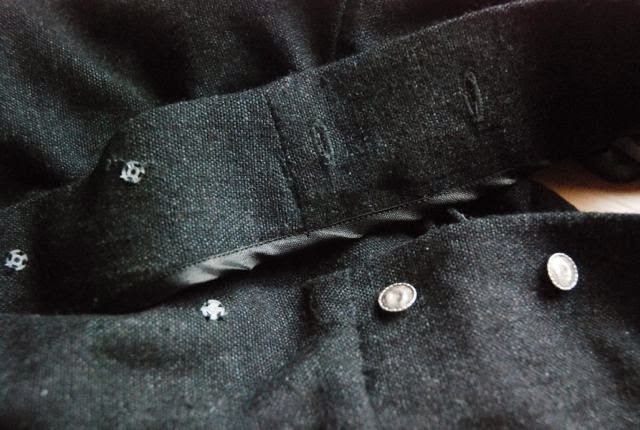 To break up the monotony of that charcoal grey fabric, I used silver coloured metal buttons (very lightweight ones which have been in my stash for quite a while). (this picture is showing the colours accurately)
And because I didn't want those eye-catching details below the waist, I sewed little transparent snaps on that part of the front opening. It's not like there's any pressure on it at that point.

It's an odd thing, but I think I kind of like it. But it's getting warmer now, so I may not get to wear it until autumn…. I've got a coat/cardigan thing in mind for it….
Posted by Lauriana at 10:30 PM